On April 29th of 1968, Michael Butler’s ground-breaking production of HAiR debuted. It was THE most successful — and arguably most socially influential — production in all of Broadway’s history up to that time. Living a near-to-royal life (or as close as you can get in America), Michael didn’t need the money. He didn’t even expect HAiR to be such a big hit. He just wanted “as many people to see the show as possible.”

I produced the original Broadway production as well as the feature film of HAiR because of my concern for the political drift in America: War, freedom, civil rights, openness, women’s rights and the environment were just some of the issues. … In those days, attitudes over the country were so polarized that many of us believed another Civil War was possible. ~Michael Butler

Not only was the “HAiR” concept of anti-war and pro-peace revolutionary, Michael had been active in the anti-war movement prior, during and after the opening of the ground-breaking musical. Before HAiR, Michael worked with his good friend John F. Kennedy for many years in the Middle East, reporting back what the “true situation was” with the Shah of Iran, King Hussein, and King Faisal. It wasn’t until later that Bobby Kennedy really got him into politics, to the point of running for U.S. Senate. Yet, after seeing the small, off-off-Broadway production of HAiR, he was blown away; Michael had an awakening …

I realized I could say and do a lot more with this show than I could ever do as a Senator. ~Michael butler 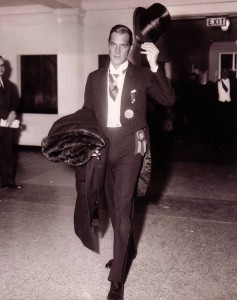 All of Michael’s peace work and push for movement during the Vietnam war landed him on Richard Nixon’s Enemies List twice as listed in the congressional record: 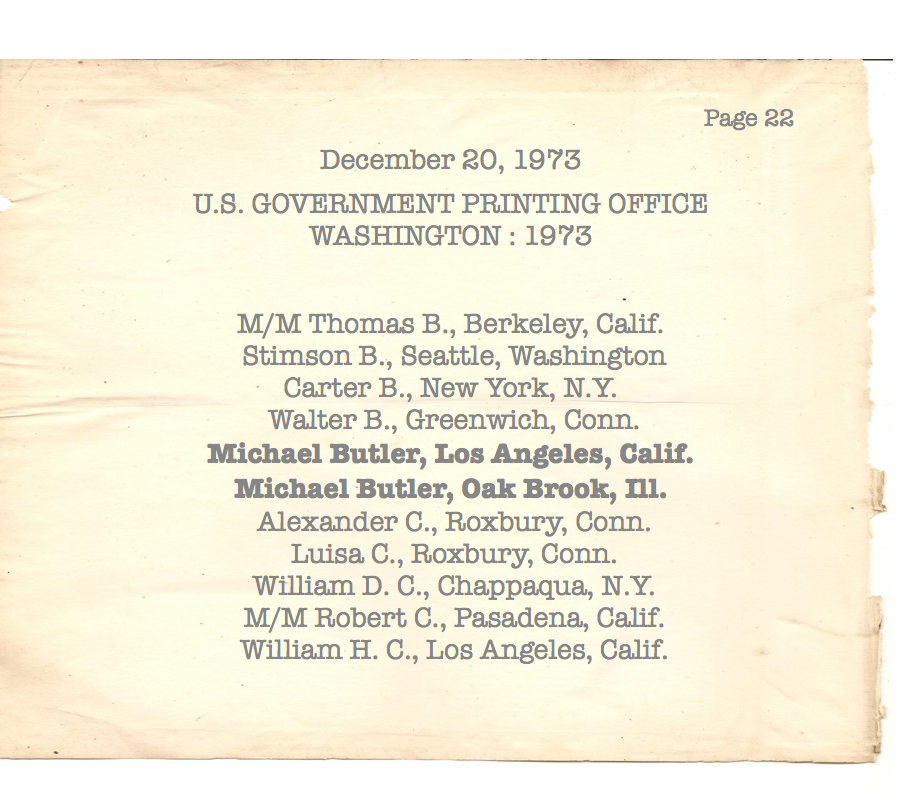 As You Can See, on page 22 Michael was listed TWICE in the Congressional Record on Nixon’s Enemy List  Apparently, THEY wanted to keep close tabs on him.

As a young man, Michael discovered one of his true passions; Polo… Oak Brook (the enormous plot of land Butler grew up on), after time, became the Polo capital of the world. It had its own air strip, a golf course, a shooting range for pheasant, and housed a few packs of fox hounds and MANY horses. “I could ride all day and never hit the edge of the property.” Michael played Polo all over the world for decades, principally (when abroad) in England where he usually played with Prince Phillip and Prince Charles. Prince Charles even played at Oak Brook, and a few other locations within the United States, where Michael Provided him with “ponies.” After a childhood accident, Michael had a physical handicap indicating he could not play polo. Yet his love for the sport never deterred him from mounting Tobiana or Lady Elizabeth (two of his eight ponies), putting on his helmet, and grabbing his mallet. It was NEVER about the elitist image it portrayed but his love for the sport and “ponies.” 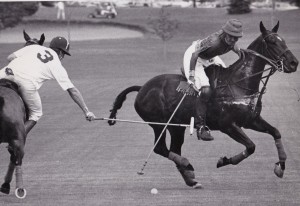 Michael’s Many Stories: Coming to YOU Via Podcast

In the upcoming series of Themed Podcasts, Michael delves into his personal life … of family, love, friendship, business and theatre. You’ll hear stories on everything from dating women such as Audrey Hepburn and his wonderful three wives, to friendships with Tyrone Power, Rock Hudson, John Phillip Law, Mick Jagger, sailing with John F. Kennedy, producing HAiR, taking the family businesses overseas, and more.

“Insider stories” only a gentleman of his wide-ranging life experiences (less that .01 of the people) can tell! Each theme or chapter will be accompanied by pictures of never before seen images of Michael’s life and those he has shared it with to this day.

(The 4 Primary Themes of Michael’s Life)

Michael states the Four Primary Themes of his life as Polo, Politics, Theater, and Love. Add to that his deep regard for the American Indians, something cultivated by many stories from his grandfather, and you have a pretty good picture of the man. Michael’s Stories-by-Podcast will relate many of these episodes of his amazing life. The stories will be organized into Themes, approximately one theme per month. You’ll listen to the recordings on the device of your choice (MP3 player, Smart Phone, iPad, or computer). Or, for those of you who like to read, they’re also available in PDF format for download. (PDF allows reading of text on nearly any computer.) You’ll have the opportunity to sample Michael’s stories by way of a series of FREE, introductory podcasts we think you’ll find VERY interesting. Should you want to hear more, and literally experience the writing of the Memoirs from the beginning, you’ll be able to become a Member of the MB Memoir Website. You’ll receive at least one storiey per week with your membership.