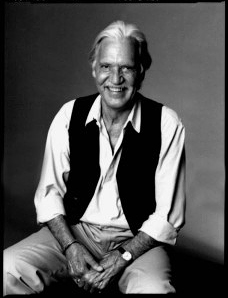 As a producer, Michael Butler is best known as the force who brought Hair from the Shakespeare Free Theatre to Broadway. His involvement with theatre also includes work on Lenny, The Golden Apple, West Side Story, Cantonsville 9, and Reggae on Broadway. He is the producer of the movies You Are What You Eat and Hair, to date he has done 31 productions of Hair, which in 2007 was voted Best Musical in Los Angeles. Mr. Butler also operated a number of discos including Talisman, Inferno, Ondine, Hippopatomus, and LeBison. His most recent venture is Tribe Entertainment Group, a development and production company.

Although his theatrical resume is impressive in and of itself, Mr. Butler’s activities and accomplishments are hardly limited to the entertainment industry. Mr. Butler’s academic background includes attendance at Butler School, Avery Coonley School, Chicago Latin, Arizona Desert, Culver Military Academy, R.O.T.C., Univ. of Virginia, Univ. of Colorado, and Butler Paper School. His interest in his community and world affairs has led him to fill civic roles in both local and national politics. He has served as Special Advisor to Senator John F. Kennedy on the Middle East, and was appointed by Robert F. Kennedy to manage Governor Otto Kerner’s campaign for re-election as Governor of Illinois.

He has been Chancellor of the Lincoln Academy, Commissioner of the Port of Chicago, President of the Organization of Economic Development in Illinois, P.A. to Governor Otto Kerner, President of the Illinois Sports Council, and he was a Democratic Candidate in Du Page County for the State Senate. He is on the Advisory Board of Global Youth Action Network. In the business world, Mr. Butler’s accomplishments include paper salesman [competition winner] and V.P. General Sales at Butler Paper Co.. He has worked with Butler Overseas, Overseas Bank Ltd., Basic Investment Corporation, Vision, Rand Hotel Corporation, Dugda I and Dugda II, Patherdi Coal Washeries, and on the reconstruction of Hejaz Railroad. His current projects include INTRAFI and Orlok.

His Anglo-Irish family first arrived in America in 1654. In the early 1800s, his ancestors Asa and Simon Butler were the first American paper makers to make paper for the U.S. Congress. In the 1830s, Oliver Morris Butler built a paper mill on the Fox River in Illinois. In 1841, his brother Julius Wales Butler founded the J.W. Butler Paper Company on State Street in Chicago, IL., the oldest family owned business in Chicago. They also were the largest landowners in Du Page County.

He has been decorated as Laureate with the Order of Lincoln.