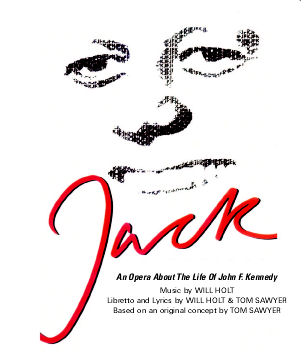 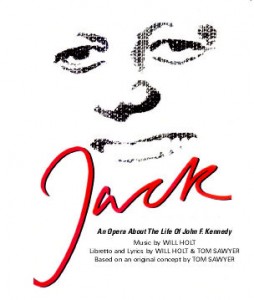 JACK, an Opera about the Life of John F. Kennedy

The inter-connected, complex family structure of the Kennedys unfolds as John F. Kennedy fights to become his own man despite a difficult, painfully ambivalent relationship with his powerful, driven father. These paternal and familial struggles are at the core of JACK, an opera about the Life of John F. Kennedy, dramatizing his resistance to his father’s pressures on him, from birth, to play second fiddle to first-born brother, Joe, Jr. Joe, Sr. had decided that as the instrument of revenge against the Establishment that had rejected him, Junior was to become the first Catholic President of the U.S. And when Joe, Jr. is killed in WWII, the heartbroken father reluctantly turns to Jack, who even more reluctantly steps into Joe’s shoes. Powerful and moving, JACK takes us through his Presidency, his love for Jackie, his triumphs as a leader. And finally, still fighting his father, his idealism which inevitably results in the still- resonating tragedy of Dallas. As The New Haven Register said of JACK’s Schubert-backed premiere: “The opening night performance of JACK at the Goodspeed’s Norma Terris Theatre left its audience tingling…”